My favourite places in Adelaide are the museum and Adelaide oval. 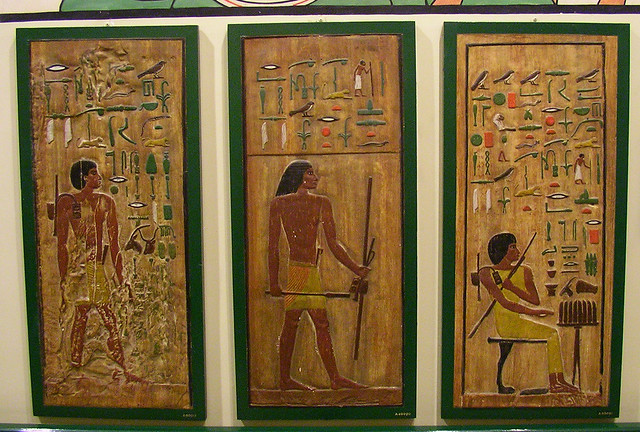 My other favourite place is the newly built Adelaide oval. I like it because it is home to PORT POWER! and Adelaide crows. I also like it because you get a great view and it’s close to the Dunstan playhouse. So you can also watch plays or movies before the footy or cricket starts. (if you have booked of course!)

Those are my favourite places in Adelaide.

At 10:00 Monday on the 21st of April My family, Cousin Jacky, aunty Sarah, Uncle Greg and I went to the bike park and rode around on the path. There were lots of signs and rounder bouts and some places where pedestrians walk. I stacked it about 2 times.

Then on Sunday 13th of April I went to horrible history’s awful Egyptians at Dunston play house. The first part was just about the museum and Ramazees the great! The  second part was about the under world and pyramids and pharoe’s tomds.  When it was the part where the mummy went to the under world it’s eye’s turned orangy-red and then it had to say the snakes name was seffases or some thing.

Step 1 – prepare your cartons Rinse the cartons and let them dry. Close the opening with some glue or double-sided tape. I used a paperclip to secure during drying.

Spray paint your cartons, according to the instructions on the paint. Mostly a few thin layers work better than one thick one. Let the paint dry. I did this overnight to make sure it’s completely dry.

Draw windows on your house, wherever you like them. You can place them only on the front but also on the sides. I draw different kind of windows to create a little city. Cut the windows with a sharp cutting knife.

*** NOTE – be careful with regular candles! If your carton is too small or you don’t place your candle in the right way, the carton could burn. So I prefer electric candles.

Cut the colored or white tracing paper in the size and shape of your windows. Stick some double-sided tape around the edges. Now you have to fiddle around a little to get the paper in the right place on the inside of the carton. With larger cartons a knitting needle can be useful to place and stick the paper.

The house is finished! Place your candle and wait until it get’s dark outside. On Friday 4th of april we had sports day. We had four teams Marin which i’m in, then Coolock,Mackillop and Mcauley. We started off by putting on sun cream and getting our hats and drink bottles. Then we went to do our cheers. Then we did our  health hussle. A health hussle is were you do exersices and dancing to the music. Then we started our activites first we had the four hundred meter run.

This is me about to race Nick, Brayden and Jye in the 4 hundred.

This is me and nick I come first because I got in front of nick then he came second.

This is my team doing the tug of war.

After that we did high jump. High jump was in the hall, if you touched the bar you were out. I didn’t touch the bar but the bar was WOBBLING from the PERSON THAT WAS BEFORE ME!!! I was so angry because I didn’t touch THE BAR!!! But Mrs McNab thought that I did!!

this is me clearing the bar by loads when I didn’t touch it but Mrs Mcnab thought I did.

After we did shot put, I came second or third in it . We used the 2 and a half instead of the 2 shot puts though.

Then we did Obsticale course it was so fun you had to jump on balls then parkour over a block then jump in to a sack and go under a bench then do that on the way back. My favourite bit was the parkouring over the block.

My first fleet convict is called Peter. Peter is called ‘prisoner 361’ on the Scarborough. Peter is 40 years old, he had scurvy Peter was born on the 28/6/1747. Peter was put behind bars for stealing a chicken! Peter’s life before he stole the chicken was absolutely awful! Peter lived in a little hut, Peter was so poor that he only had 5c! Peter stole the chicken to kill for food. But he got caught, and then he had to spend 8 months on the Scarborough. That life was just a tiny bit better! All Peter had to eat was porridge for breakfast and ships biscuit for lunch and more porridge for tea! Peter was but in bars with this 7 or 8 year old boy called Perseval? He doesn’t know what his name is. They would have their dinner at 9:00pm then they would have some cold water then go to sleep. So that how Peter came to be one of the 201 first fleet convicts on the Scarborough.

1. I shall not hurt anyone.

2. I shall not swear or say the lords name when I don’t need to.

3. I shall not steal other peoples stuff.

4. I shall not wish for other peoples stuff.

6. I shall not judge other people.

7. I shall rest on the seventh day every week.

8. I shall look after my mum and dad.

9. I shall not use anybody else for my stuff.

10. I shall not use my possesions as my things that I like the most.

I have orange hair, blue eyes. I like cricket,soccer,football and minecraft. I like minecraft so much that every time I get the chance I go and play it on the xbox. Same with footy,soccer and cricket I like them all but not as much as minecraft.

Welcome to your brand new blog at Edublogs!

To get started, simply visit your blog’s dashboard, edit or delete this post and check out all the other options available to you.

We can walk you through step-by-step in our guide to getting started with your blog.


adopt your own virtual pet!


adopt your own virtual pet!